The name ACE was the brainchild of the late Mr Veldman.

The first registered member of the Club was Mr Glynn Speckman.

Our First runner to Run the Comrades in ACE colors was Mr Jet Moses, also being the first Club Captain and later became the Chairman of the Club for a number of years.

Achievements of our members range from running the London Marathon,Running on some remote Island in the middle of nowhere to The 160 km Washie Miler including Marathons throughout the length and breadth of country flying the ACE colors high wherever they go.

Our 1st Race humbly started In September of 1993 being only a 15km Race with no Sponsor just using the little club funds we had to being judged in the 2014 September Issue of Runners World as one of  best organized top 20 Half Marathons in the country.

The criteria for inclusion in the Comrades Marathon Green Number Club Roll of Honour is:

The names recorded in this roll are of runners who have earned their Comrades Marathon number in perpetuity, members of an exclusive band of individuals who have experienced a special relationship with this great race.

The concept of Green Numbers was first introduced in the 1972, but it was applied retrospectively so that the names listed herein do in fact constitute a complete list of individuals who have met the criteria.

ACE proudly brags with quite a few in our midst. 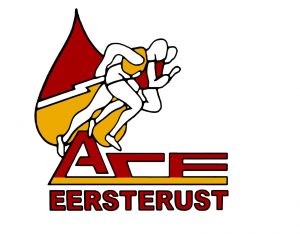